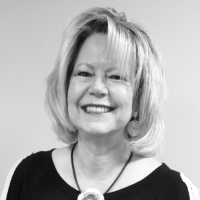 HOUSTON – February 22, 2022 – Softeq Development Corporation (Softeq), a Houston-based global technology consultancy and full-stack development company, today announced the opening of a development center in Monterrey, Mexico. The expansion comes on the heels of several strategic moves, including the launch of the Softeq Venture Fund and the Softeq Venture Studio, that have reinforced the company’s global influence in the tech sector. The development also coincides with the company’s 25th anniversary.

The new location will strengthen the Softeq footprint and offer a dedicated local team for clients and partners. In the coming years, the company expects to capitalize on the surplus of qualified talent in Mexico and hire up to 250 tech professionals to support the region. Like the City of Houston, Monterrey is attracting sizeable foreign investments and undergoing a remarkable transformation observed by the tech community.

“There is an insatiable demand for highly-qualified tech consultants, engineers, and professionals in the U.S. and beyond. Because 70 percent of our clients are based in North America, having a significant presence in Latin America is a strategic advantage for us,” said Christopher A. Howard, Founder and CEO of Softeq.

“When I launched the company in Houston 25 years ago, I was inspired by the tech giants that were shaping our future. As we reflect on our company’s evolution and global influence today, we are humbled to support the world’s preeminent tech hubs and the next generation of movers and shakers.”

In 1997, Softeq was built from the ground up to specialize in new product development, R&D and to tackle the most difficult engineering problems in the tech industry. Since its inception, the company has been a driving force behind the digital transformation of enterprise companies and innovative startups. As Softeq celebrates its recent growth and continued success from around the world, the company is augmenting its offerings in early-stage innovation and ideation and enhancing its business consulting capabilities.